Cracow University of Economics rests its foundations on the Municipality School of Commerce, founded in Krakow in 1882, to prepare young adepts for the future trade career.  Later on, in 1896 it was turned into the College of Commerce, which was not a university in the present understanding. After the World War I in 1924, the Commodity Science Institute was established, with a two-year commodity study and on its basis, as a third of its kind in Poland, a private university with an economic profile was established. May 25th, 1925 marks this event and October 1st, 1925 was a day when the first academic year officially commenced.  On September 1st, 1938, the Higher Commercial College was classified as an academic school. However, after the Nazi invasion in 1939, the university was closed and its professors – along with the professors of the Jagiellonian University and the Mining Academy – were deceitfully arrested and taken to a concentration camp. After the liberation from the German occupation in 1945, the Academy of Commerce resumed its activities, enjoying the influx of numerous candidates wishing to read for a master’s degree in economics and trade.

Since then the University has been going throughout major changes, it developed: the number of students increased, new teaching buildings were commissioned, and the IT equipment was introduced. In 1974, it changed the name into the Academy of Economics, and in 1975 the 50th anniversary of its foundation was celebrated. The political and economic transformation of the 1990s was an impetus for further growth. It offers various study programs in Polish and in English, including both full-time and part-time study in the educational cycle I, II and III as well as a wide range of  post-graduate courses. It is worth to note that it has about 200 partners from all over the world and it is a member of  various prestigious international organizations, such as inter alia European University Association, Network of International Business and Economic Schools.

In addition to teaching, scientific and research activities are the University’s principal functions. Professors and researchers carry out scientific research not only in the field of economics, but also in technical, biological, and chemical sciences as well as the humanities. Scholars of the Cracow University of Economics conduct both fundamental and applied research financed by national and international funding. The University faculty members are active in international research supported by the EU funds  and institutions, such as the EU’s 5th, 6th, 7th Framework Programmes and Horizon 2020. As a result of the higher education reform of 2019 the University re-organized its structure, diminishing the previously dominant faculty division. Since October 1st, 2019, the University is divided into three colleges, such as the College of Economics, Finance and Law, the College of Management and Quality as well as the College of Economy and Public Administration.

The College of Economics, Finance and Law has four teaching institutes, which include economics, finance, law and quantitative studies in social science. The conference is being organized by the staff of the Institute of Economics and Institute of Finance. 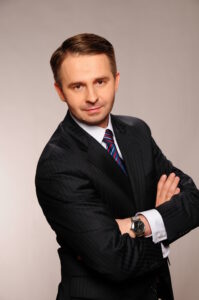 Mariusz Andrzejewski is Associate Professor at the Cracow University of Economics and is the dean of the College of Economics, Finance and Law, as well as the head of the Department of Financial Accounting. He is a graduate of three various degrees, i.e. accounting at the Faculty of Management at the Cracow University of Economics; automation and robotics a part of artificial intelligence and computer science, both at the Faculty of Electrical Engineering, Automatics and Electronics of the AGH University of Science and Technology in Krakow. During his studies, he was awarded three times a scholarship of the Minister of National Education. In 2001, during the implementation of the grant founded by the Committee of the Scientific Research (KBN) he prepared and defended his doctoral dissertation entitled “Disclosure requirements of information by listed companies in Poland in the context of the global solutions.”

He is a member of the Polish Economic Society (PTE) and the Scientific Council of the Accountants Association in Poland. He is also a member of the European Accounting Association (EAA) and the International Association for Accounting Education & Research (IAAER). He served as a mentor to four successfully completed doctoral dissertations. He is the author and co-author of over 150 scientific publications and dozens of economic expertise. 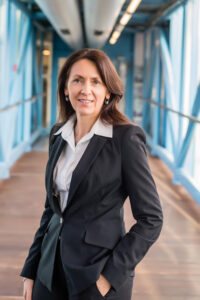 Marzena Piszczek holds a PhD in economics and she is Assistant Professor in the Department of Public Finance, Cracow University of Economics. Her professional career started with work for the First Polish American Bank in Kraków. She has worked as an expert in numerous projects, including consolidation of Polish banking sector, chemical sector, introducing the civil nuclear power industry in Poland. She was involved in several IPO projects for biggest Polish companies as well as budgeting reforms at local level (for more than 300 municipalities), national level (as an expert in Chancellery of Prime Minister) and abroad (preparing reforms for Russia, Ukraine, participating in a research project for Open Society Institute, Budapest). She is a co-author of task-based budgeting methodology for Poland. Moreover, she supervised privatization processes and executing ownership rights in the Małopolska Region on behalf of Minister of Treasury, the Republic of Poland. She was a president the Małopolska Agency for Regional Development S.A., a member of management boards in various entities (PGE EJ 1, PGE EJ SA) and a chairwoman of supervisory boards in national companies such as PKO BP SA, PZU SA, Azoty Tarnów SA. 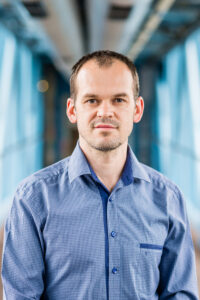 Rafał Sieradzki PhD, is Assistant Professor in the Department of Economics, Cracow University of Economics (Poland). Before that for six years he worked as an economic expert in the Financial System Department at the National Bank of Poland. In 2016 he defended his PhD thesis on IPO Underpricing on the Warsaw Stock Exchange.

In 2018 he completed a six-month research internship in the Department of Finance at the Corvinus University of Budapest. His research areas cover equity, bond and derivatives markets and the real economy. His latest works focus on credit risk modelling and development of game-theoretic models of IPO underpricing. He is an author and co-author of numerous monographs, research papers and reports. He is a regular reviewer for various national and international journals. He is a court expert in financial markets and risk management and expert at the Foundation for Polish Science. 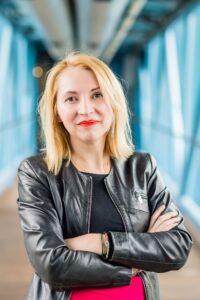 Ewa Ślęzak, PhD is Assistant Professor in the Department of Economics at the Cracow University of Economics. Her research interests focus on globalization, migration, welfare state, ageing society and global political economy at large. Authoress and co-authoress of numerous articles in Polish and English.

Michał Thlon, PhD is Assistant Professor in the Department of Economics at the Cracow University of Economics (Poland). In 2010 he defended his doctoral thesis on operational risk management in enterprises. He is a court expert in banking, compliance and risk management. He is a member of GARP and PRMIA. In 2018 he completed a six-month research internship in the Department of Finance at the Corvinus University of Budapest.

His articles have been published in various international journals, such as the “Geneva Papers on Risk and Insurance” or “Emerging Markets Review”.  He is a member of Editorial Review Board of “Journal of Quantitative Finance and Economics”. He is the coordinator or an expert for over 50 research projects at international and national level in the field of risk management, innovation and business environment, including those co-financed from Norwegian Financial Mechanism or European Union funds. He is a regular reviewer for numerous international journals. He has published more than 100 papers in peer-reviewed journals and numerous chapters, monographs, advisory reports and research papers. His research interests focus on financial econometrics, development of game-theoretic models of IPO underpricing, pricing of derivatives, financial economics and financial risk management.