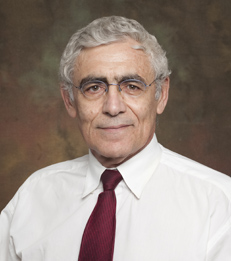 Professor Brenner was a founding editor of the Review of Derivatives Research and has served on several editorial boards and program committees. He is a regular member of the Deutsche Bank Prize in Financial Economics nominating committee. He received several grants and the Graham Dodd Award for excellence in financial writing. He was also awarded Stern’s Glucksman Prize for the best new research paper in Finance. In addition to working with doctoral students and teaching the popular finance course on “Futures and Options,” he served as deputy chairman of the finance department and is currently the director of the Masters in Global Finance program, a joint venture between the Hong Kong University of Science and Technology’s Business School and NYU Stern. Before joining Stern, Professor Brenner was a tenured faculty member at the Hebrew University. He has been a Visiting Professor at Berkeley, the University of Bergamo, University of Melbourne and Tel Aviv University.

Professor Brenner also served as an Advisor to the Bank of Israel, the Securities Authority and was a board member of the Tel Aviv Stock Exchange where he chaired the committee that recommended the establishment of an Options Market in Israel. He was a floor trader in options and futures at the NYFE and NYSE.